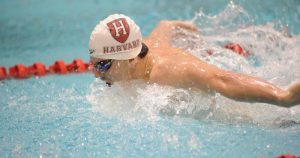 Schwimmen, also known as Thirty-One (no relation to the other game called Thirty-One that we’ve covered), is a member of the Commerce family of card games. It can be played with two to eight players. As with other games in that group, the game revolves around exchanging cards from your hand with cards on the table. Though known worldwide, it is most popular in Germany and western Austria.

The object of Schwimmen is to form the hand with the highest point value by exchanging cards from the table with those from your hand.

Schwimmen uses the 32-card deck common to many German games. Starting from a standard 52-card deck of Denexa 100% Plastic Playing Cards, remove the 2s through 6s, leaving 7s through aces in each of the four suits. Score is kept using tokens, such as chips. Give each player an equal number—three works well.

Shuffle and deal each player three cards. Then deal three cards, face down, to the center of the table. The remainder of the deck becomes the stock.

Aces are worth eleven points, face cards are worth ten, and all others their face value. Suits rank (high) clubs, spades, hearts, diamonds (low), the same order as in Skat.

Prior to the start of actual play, the dealer looks at their hand and decides whether they want to keep it. If they do, the cards on the table are simply flipped face-up. If not, the dealer discards their original hand, takes the three face-down table cards as their hand, then turns their old hand face up on the table.

The player to the dealer’s left goes first. On their turn, a player may exchange one card from their hand with one on the table. If a player greatly dislikes their hand, they may elect to exchange all three cards. It is not allowed to keep one card and exchange the other two, however; it’s one or all. A player may also pass if they do not like any of the cards on the board.

The turn then passes to the left. This continues until one player is satisfied with the value of their hand. They then close the hand (equivalent to knocking in many other card games). Each of the closer’s opponents gets one last turn, and the hand ends when the turn to play again reaches the closer.

If an entire orbit around the table is made with every player passing, the dealer discards the three board cards. They then deal three new board cards from the stock.

There are two special combinations in Schwimmen:

When a player finds themselves with a special combination, whether because it was dealt to them or because they exchanged to get it, they must reveal it immediately. The hand ends at that point. (Because the hand was not closed, the other players do not get another turn.)

After a hand ends, each player calculates their score. The hand score, in most cases, is the value of all of the cards of its highest-scoring suit. For example, a hand of A♠-K♦-7♥ would score eleven. This is because the player holds three one-card suits, and the spade is the highest-scoring. However, a hand composed of A♠-K♦-7♦ would score seventeen, because the diamonds combine to outscore the lone spade.

There are a few exceptions to this scoring method. Two of these are the special combinations described above. A third is that three-of-a-kind always scores 30½, no matter what rank it is.

If a player wins with a Feuer, then each of their opponents loses one chip. Otherwise, just the player holding the lowest point total loses one chip. If there is a tie for lowest, it is broken by the suit of the player’s scoring cards. Ranks of three-of-a-kinds are broken by the rank of the three-of-a-kind. If there is still an unresolved tie, then both players lose a chip.

The deal passes to the left, and another hand is played. Players will continue losing chips as further hands are played. When a player loses all of their chips, they are said to be schwimmen (German for swimming). A schwimmen player can continue playing, but if they lose again, they are eliminated.

Game play continues until all of the players but one are eliminated. The sole remaining player is the winner. (If the last two players are tied on a hand while they are both schwimmen, play another hand as a tiebreaker.)

After posting the rules to Thirteen, Twenty-One, and Ninety-Nine, we couldn’t resist covering yet another numerically-titled game. Thirty-One shares more of a resemblance to Knock Poker and Gin Rummy than any of the previously-named games, however.

The object of Thirty-One is to obtain a total count of cards in one suit which is the closest to 31 without going over.

Thirty-One requires a standard 52-card deck of playing cards. If you’ve read more than a few of these posts, you know that statement is bound to be followed by a recommendation that you use Denexa 100% Plastic Playing Cards. Well, guess what? This post doesn’t have one.

Each player will also usually place a stake on the outcome of the game in the form of a single banknote of the appropriate currency. What denomination it is doesn’t matter, so long as everyone’s is equal, but often a $5 bill is used. The game can be played without wagering, however, by distributing four markers or tokens of some kind (such as poker chips) to each player.

Shuffle and deal three cards to each player. The remainder of the pack is placed in the center of the table, forming the stock. The top card of the stock is flipped face-up and placed next to it and is called the upcard, the top card of the discard pile.

The value of each card in Thirty-One is as follows: aces are worth eleven, face cards are worth ten, and all other cards are worth their face value. Each player is trying to obtain as closest as possible to a score of 31 in one suit.

The player to the left of the dealer goes first. This player draws either the upcard or a card from the stock, then discards one card face-up to the discard pile. Play then continues with the next player to the left.

If a player has obtained a score of exactly 31 in one suit, this is called a blitz, and the player immediately reveals it, ending the hand. If a player is satisfied with their score before someone reveals a blitz, they may knock on the table rather than drawing and discarding. Each player after them has one additional turn to improve their hand. When the turn of play returns to the player who knocked, the hand ends.

At the end of the hand, whether by a player revealing a blitz or by knocking, all players reveal their hands, and each is scored. If a hand contains three cards of different suits, the highest card is the hand’s score; if the hand contains two or three of one suit, the values of these cards are totalled to score the hand. The player with the lowest score is the loser of the hand; this player folds one corner of their bill (or forfeits one marker) to signify the loss. If a player knocked to end the hand, and this player is the loser, the penalty is doubled.

Play continues until one player has folded all four corners of their bill (or has run out of markers). This player remains in the game, but if they lose a fifth hand, then they are eliminated and surrender their stake into the center of the table. Game play continues until all players but one have been eliminated. The remaining player is the winner of the game and keeps all of the money.