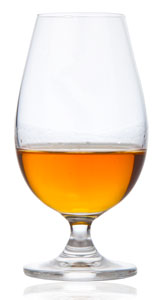 Whiskey Poker (sometimes spelled Whisky Poker) is an older variant of poker, commonly played in the late 19th and early 20th centuries, but fairly obscure today. Whiskey Poker was so named because it was often played for refreshments, and John Scarne asserts in Scarne on Cards that Whiskey Poker is, in fact, the ancestor from which modern Rummy games are descended. If you like Knock Poker, you’ll probably like Whiskey Poker too.

The object of Whiskey Poker is to end the hand with the highest possible five-card poker hand.

As with the majority of poker games, Whiskey Poker requires the use of one 52-card deck of poker cards, like Denexa 100% Plastic Playing Cards. You will also need chips to keep track of betting; each chip can represent a nominal value, or a defined amount of money, as agreed upon by the players. Distribute chips as appropriate.

In place of betting, each player may also be supplied with an arbitrary number of chips (e.g., five) and whoever has the lowest hand at the showdown must surrender one chip to the bank. Whoever runs out of chips first pays for the next round of drinks. (If you decide to play this way, ignore instructions below regarding betting.)

Shuffle and deal five cards to each player. Between the dealer and the player to their right, deal an extra hand, called the widow. Move the widow to the center of the table, keeping it face down.

After players have looked at their hands, the first betting round occurs. Betting is conducted according to the typical norms for betting in poker. After the betting, the turn goes to the player on the dealer’s left. This player has the right to exchange their hand with the hand on the table, in its entirety, without being able to see it ahead of time. After this, the next player to their left may do the same, and so on. If you decide to keep your cards, you have two options: you may simply pass, or you may knock; knocking allows everyone one last opportunity to exchange hands, with this phase of the game ending when the turn gets back to you.

The second betting round happens now. After that wraps up, the widow is exposed. The player to the dealer’s left has the first chance to play. Each player may take one card from the widow, then discard one card from their hand, face up, to the widow. Players also have the option to exchange their entire hand for the widow, but they may not exchange, say, three cards at once; it must be one card or all of them. Players do not have the option to pass; they must knock if they wish to not exchange any cards. As before, play ends when the turn gets back to the first player to knock.

The third and final betting round now takes place. After this comes the showdown. The player with the highest-ranked poker hand takes the pot.