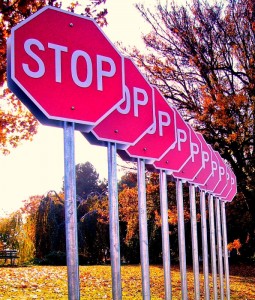 Fan Tan, also known as Parliament, is a member of the Stops family of card games. Like its cousins Newmarket and Crazy Eights, the game is characterized by play continuing until a necessary card is unavailable, thus stopping play. In fact, this mechanic is so well-associated with Fan Tan that another alternate name for it is simply Stops. Fan Tan is best for three to eight players.

The object of Fan Tan is to end play with the most chips. Players win chips by being the first to run out of cards.

Fan Tan requires the use of a standard 52-card deck of playing cards. As is customary, we remind you that we recommend Denexa 100% Plastic Playing Cards.

Fan Tan accounts for scoring with some form of counters, such as poker chips. If you like, each chip can represent some amount of money, in which case players are given chips equal to the value of their buy-in. Otherwise, give each player an equal amount of chips.

Shuffle and deal the cards out as evenly as they will go, starting with the player to the left of the dealer. All players ante one chip to the pot to begin play. Any players that happen to have received fewer cards than others due to the deck dividing unevenly between the number of players in the game ante an additional chip to make up for the advantage.

Play begins with the player to the left of the dealer. Initially, the only card that may be played is a 7; if the player to the dealer’s left cannot play a 7, they add one chip to the pot and play continues to the left. Once a 7 has been played, it is placed in the center of the table, and the 6 and 8 of the same suit may be played by subsequent players, with the 8 being placed to the left of the 7 and the 6 to its right. Plays continue in sequence, with descending cards being placed in a stack on top of the 6 and ascending cards played on top of the 8. As the 7s of the other suits are played, they form new rows underneath the first 7, with the 6s and 8s being placed alongside them, forming a three-by-four grid in the center of the table.

Note that play is compulsory—any player that can play a card cannot elect to simply pass. If a player is found to have been able to play but passed instead, they pay an additional three chips to the pot; if they held a 7 at the time, they pay five chips each to the players holding the 6 and 8 of that suit. However, if a player has multiple options on a turn, they of course are not penalized for selecting one option over another (even if this means that a 7 goes unplayed for awhile).

Game play continues until one player runs out of cards. Each other player counts the number of cards remaining in their hand and pays one chip per card to the pot. The pot is then collected by the player who ran out of cards.