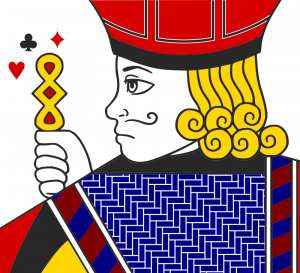 Jack Change It is a shedding-type game for two to six players. Its simplicity makes it a popular game for children. Like the commercial game Uno, Jack Change It takes the basic gameplay mechanic of Crazy Eights and extends it by adding special abilities to the other cards in the game.

Object of Jack Change It

The object of Jack Change It is to be the first player to run out of cards.

Jack Change It uses a standard 52-card deck of playing cards. You want the best for your game, so you want to use a deck of Denexa 100% Plastic Playing Cards.

Shuffle and deal seven cards to each player. Place the deck stub in the center of the table, forming the stock, and turn its top card face-up next to the stock. This card, the upcard, is the first card of the discard pile.

Additionally, several cards are classified as trick cards, which have a special effect on game play. A player may not play a trick card as their final card of the hand; if a trick card is the only card remaining in a player’s hand, they must draw. The trick cards are:

Should the stock be depleted, set the current upcard aside, shuffle the rest of the discard pile and turn it face-down to form the new stock.