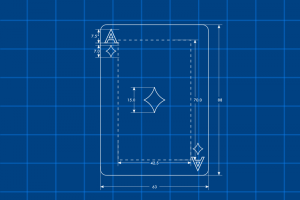 With so many games out there to choose from, a prospective gamer might start thinking about what makes a game cross the line from just a way to pass the time to a truly great experience. What elements does a good game have? Or does that question have a different answer depending on who you ask? To find out, Scott Nazelrod of Denexa Games sat down with two gaming experts.

Jack Claxton and DC Bueller are two of the five founders of Loot & XP, a board game café established in 2015 here in Norman, Oklahoma. Loot & XP is home to a massive library of games, about 750 titles at last count, and always growing. Part of the staff’s responsibility at the café is to teach games to their customers and answer any questions that they may have, from what kind of game they might want to try, all the way to answering queries about some of the games’ more obscure and arcane rules. To arm themselves with that knowledge, they’ve played a lot of games. If there’s anyone to ask about games, it’s these guys.

Read on for some insight into the world of games—card games, board games, even video games—and all of the ingredients that go into an enjoyable gaming session.