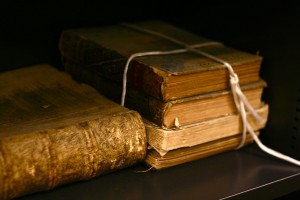 Authors is a classic game for two or more players. A variant with slightly different rules, Go Fish, is probably the best-known version of the game, and one of the first card games that many children learn to play.

The object of Authors is to be the player to collect the most books (sets of four of a kind).

Authors uses one standard 52-card deck of playing cards. If a set of Denexa 100% Plastic Playing Cards is handy, so much the better. Shuffle and deal seven cards to each player. The deck stub is placed in the center of the table and becomes the stock.

The player to the dealer’s left goes first. They ask any other player, by name, for a particular card, e.g. “Martin, do you have the Queen of Spades?” A player must have at least one card of the rank they are asking for in their hand. If the player being asked does have the card named, they are required to hand it over, and the player who asked continues with their turn, asking another player for a card.

If the player being asked doesn’t have the card, they simply say they don’t, and the player who asked unsuccessfully draws a card. If they happen to draw the last card that they asked for, they reveal it and continue to play. Otherwise, the turn passes to the next player to the left.

When a player manages to collect four of a kind in their hand, they place all four cards face-up on the table in front of them, forming a book. They then continue with their turn as normal.

When the stock is depleted, the game continues, with players unsuccessful in asking for cards simply ending their turn without drawing. The game ends when all thirteen books have been assembled. The player with the most books is the winner.

Go Fish is an easier variant of Authors that is frequently played by children. The main difference between Authors and Go Fish is that in Go Fish, the player asks for all of the cards of a given rank, e.g. “Jon, do you have any jacks?” If the player asked does have the cards of the rank specified, they hand all of them over; otherwise, they tell the other player to “go fish”. Should the player draw any card of the rank they asked for, they get to continue with their turn.

If you’re playing with very young children, you can make Go Fish even easier to play by requiring only a pair to be laid down, rather than four of a kind. As before, the game ends when all 26 pairs have been played, and the player with the most pairs is the winner.